With a flaky crust and a gooey, slightly chewy filling, this Oatmeal Pie is so good (and easy!) that you'll make it again and again!

A couple months ago, we took the girls out for breakfast at a diner in a nearby town. We had the best time and enjoyed taking in all aspects of this small town staple. Perhaps my favorite part of the diner was the "Honor Wall" with hundreds of signatures from veterans who have dined there. The patriotism in small town, USA always gives me the feels.

And the food and service was delicious! We had a great conversation with the owners and they told us we must come back sometime to try the Oatmeal Pie. I'd never heard of such a thing, but was curious and came back a couple days later to get a slice. Didn't take me long to realize that I'd been missing out big time!

The History of Oatmeal Pie

It's said that Oatmeal Pie was created back during the Civil War. Though pecan pie was popular, the price of pecans was too high for many families to afford so oatmeal was used in instead. I've read that back in the day, sorghum or molasses would have been used (rather than the corn syrup), but is not as common nowadays.

Oatmeal Pie is SO easy to make!

Since this pie starts with a refrigerated pie crust, it's really super simple. You'll roll the pie crust out into the pan and flute the edges. Then, you'll whisk the eggs until frothy in a large bowl (or in the bowl of a stand mixer. The rest of the ingredients are then added and poured into the unbaked pie crust.

The oatmeal pie will be done with the center doesn't have any "jiggle" when the pie plate is gently tugged at. The pie will set up more as it cools, but you want to be sure that middle is cooked through before removing from the oven.

Does Oatmeal Pie Need to be Refrigerated?

Once the pie is cooked and cooled, it does need to be refrigerated. Just a like a pecan pie or other pies with an egg-based filling, it's important to keep it refrigerated. It'll stay good in the fridge for 3-4 days....if it lasts that long! 😉

Blueberry Custard Pie - Quite possibly my all-time favorite pie! It has a crispy crust and is full of juicy blueberries, a simple custard and the most delicious crumb topping.

Pumpkin Streusel Pie - When you can't decide between a pie or a crisp, you choose this pie that has components of each, which makes for the most tasty fall dessert!

Grasshopper Pie - This no-bake pie is as easy as it gets! With just a handful of ingredients, this refreshing pie is minty perfection!!

Follow along on Pinterest, Instagram and Facebook so you never miss a recipe!! And as always, thank you for following along with my blog, making my recipes, liking and sharing on social media and any other way you support Dance Around the Kitchen!  -Kelsey 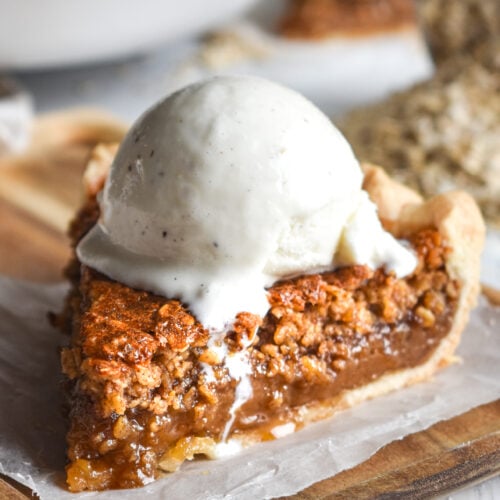 Keyword pie
Tried this recipe?Follow me at @dancearoundthekitchen.kelsey and let me know how you liked it! 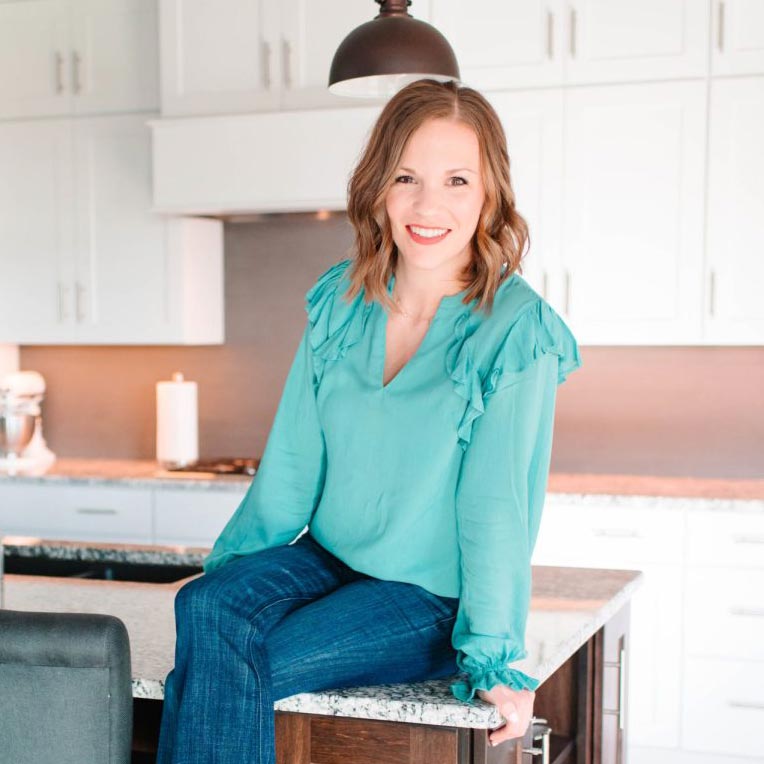